Phishing emails are used to steal money and sensitive information from businesses every day. While any scam can be damaging, some far exceed others in the value of damage that they cause to their target.

Some phishing scams have been known to be involved in the theft of tens of millions of dollars. Others have been used to release sensitive military documents, or take down an entire power grid. But what are the worst phishing attacks of all time? Find out in our ranking below.

The 7 most famous phishing attacks

CEO Fraud is one of the most dangerous types of phishing. It involves a cyber criminal posing as a senior executive (usually the CEO) of a company, and asking an employee to handle an urgent money transfer.

Since most employees wish to appear responsive in the eyes of their senior management, it is easy for an employee to fall for one of these emails and send large sums of money to the wrong recipient.

In 2015, an employee at Ubiquiti Networks in California was involved in one of the worst CEO fraud cases of all time - losing the company $39 million dollars as a direct result of the scam.

In 2016, an employee in Fischer's financial department received an email impersonating the company's CEO Walter Stephan. The employee then proceeded to transfer almost €50 million euros to a cyber criminal's bank account.

The company was able to recover around €10 million once other employees realised the scam had taken place - but the rest of the money was lost.

Upsher-Smith Laboratories in Maple Grove, Minnesota, is another recent victim of a CEO fraud scam. An employee paid out over $50 million over a series of transactions to a number of bank accounts in the cyber criminal's control without raising any red flags.

There is now an ongoing criminal lawsuit between Upsher-Smith Laboratories and their bank over who is going to pick up the bill for the damages. The laboratory claims that the bank missed multiple red flags - ones its own employees missed as well - and should take some responsibility for the lost money.

Phishing scams target businesses across the world, and institutions that often carry out high-value financial transactions, such as banks, are some of the most desirable targets.

While fraud checks and anti-phishing staff training is highly prevalent in most banks, it is still possible for employees to mistakenly expose money to cyber criminals.

Belgian bank Crelan was hit by a phishing email that convinced an employee to send over €70 million to unknown bank accounts - a mistake they're not likely to repeat.

3. RSA Security: the phishing email that took down the experts (2011)

A well-timed and carefully crafted phishing email can fool anyone. That was proven in the RSA Security hack of 2011, where network security experts contracted by the US Defence department to provide security solutions fell for a phishing email themselves.

Little is known about what information was revealed in the RSA breach, and for understandable reasons the company and the US Defence department have kept information about the breach under a tight seal. Still, as a hack that penetrated the experts themselves, the RSA breach has become one of the most famous phishing scams.

In 2017, Lithuanian authorities arrested a man by the name of Evaldas Rimasauskas. The accusation he was arrested for was quite extraordinary: he had purportedly sent fake invoices to large companies including Google and Facebook for a period of years, stealing over $120 million in fake payments arriving in his own bank accounts.

In large companies, financial departments often handle thousands of transactions in a single day. Thus it is easy for an outsider to slip in an invoice that looks the same as any other at first glance - and receive a payment in their own bank account.

The authorities were able to regain about half of the money lost in the scam, but the attack highlighted just how important it is for employees in financial departments to receive the right training to spot fake emails.

1. The phishing attack that took down Ukraine's power grid (2015)

The most famous phishing attack of all time is the one that took down Ukraine's power grid in 2015, leaving hundreds of thousands of people without electricity during a cold winter's night.

The attack had devastating consequences for businesses and individuals across the country, and involved a months-long campaign of spear phishing emails used to steal credentials and information from systems administrators and officials.

Ukraine was quick to point its finger at Russia as the attack created a blackout across much of the country. While the perpetrators of the attack have never been revealed, the attack is ominous in its relation to the current invasion of the country by Russia, seven years later.

User training is absolutely essential to reduce the chance of employees falling for phishing emails. Without the right training regime, any employee can give up sensitive information that opens the company up to a major breach.

In addition to training, employees should be regularly tested with realistic simulated phishing emails. These simulations help users learn to spot phishing emails in their own inboxes, and encourages them to stay alert for phishing at all times.

usecure is your full-fledged Human Risk Management solution. Learn more about how you can reduce user risk with regular training and testing below. 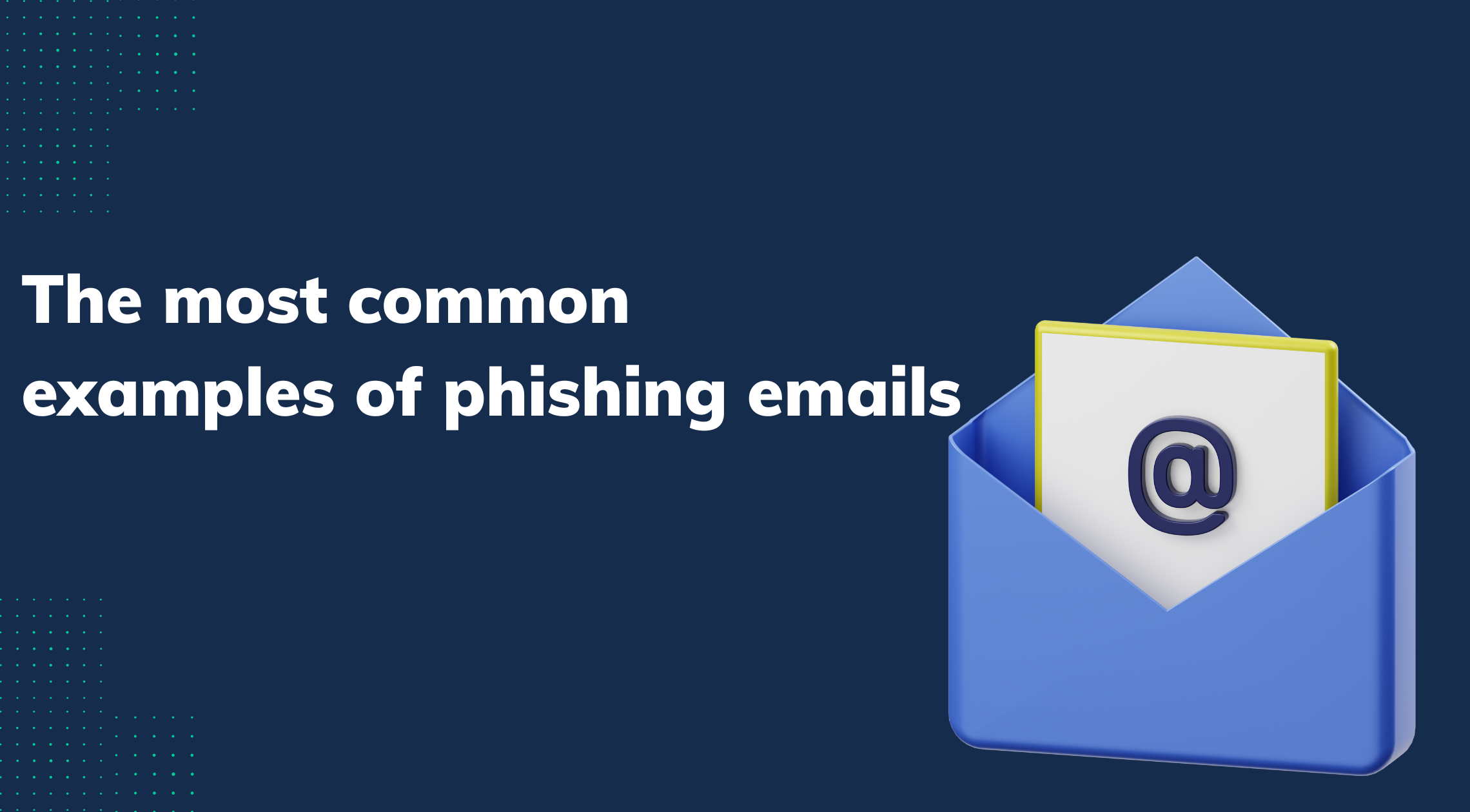 The most common examples of phishing emails

Why spear phishing is a threat to your business

Phishing is the most common cyber attack targeting businesses, affecting 83% of companies that identified an attack in the last 12 months.

While companies have an...